The bulldog was first given it’s name in 1567 by England residents. The English Bulldog was originally breed and used for bull baiting.

English Bulldogs are great family pets and get along with children very well. They have no problem being around other pets or environments where there may be a crowd of people. Unlike some other bull breed dogs the English Bulldog is a very playful and charismatic dog.

The English Bulldog can not take extended periods of time in the heat. English Bulldog’s can easily overheat and which will cause fatigue. Due to problematic health issues it prefers cooler climates which makes it a necessity to be an inside dog.

English Bulldogs tend to breathe and snore very heavily and this is a trait you will need to grow accustom to. Along with the snoring English Bulldogs pass gas and some can be prone to drool.

You will need exercise the English Bulldog to maintain a healthy lifestyle. If it does not receive regular exercise English Bulldogs will gain weight which in turn could lead to serious health problems. A healthy Bulldog will live about 10 – 11 happy years.

English Bulldogs suffer from several health issues that may need to be addressed. Two health problems that English Bulldogs are prone to is hip dysplasia and elongated soft palate.

Hip dysplasia is a genetic flaw that is caused from abnormal hip joint development when a puppy. This will cause the Bulldog to walk stiff or almost look like it is bunny hopping when trying to walk. Hip dysplasia can be corrected through a surgical operation that can be expensive.

When a Bulldog has an elongated soft palate this will cause stressed breathing. The palate can be corrected by surgery and should be an easy fix if detected early. This is generally an easy fix and is not to expensive when compared to the
corrective surgery for hip dysplasia.

One last area that will need attention is the folds on the English Bulldogs face. These folds need to be regularly cleaned and checked for any hot spots or sores. They tend to get filled with dirt and anything else the Bulldog rubs it’s face in.

An English Bulldog is a wonderful pet and will bring you many years of happiness if well cared for. I would not recommend a Bulldog for a first time pet owner unless you are ready for the responsibility or a medium – high maintenance pet. 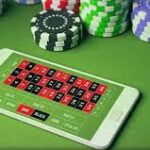